Need to sell your classic? Post details here, and remember to include photographs or a link to a photograph, your location, asking price and contact details. Please note: Commercial links may be removed, and posts over 60 days old will be auto-pruned to keep the content fresh. Please - don't post to "bump" your (or anyone else's) thread - gratuitous bumps and unrelated posts will be deleted.
Post Reply
6 posts • Page 1 of 1
Message
Author

Okay I've got a new project inbound soonish so...Mercedes is officially for sale.

Photos as of a few days ago. Not prettied up, in her working clothes as she's still being used as the daily. 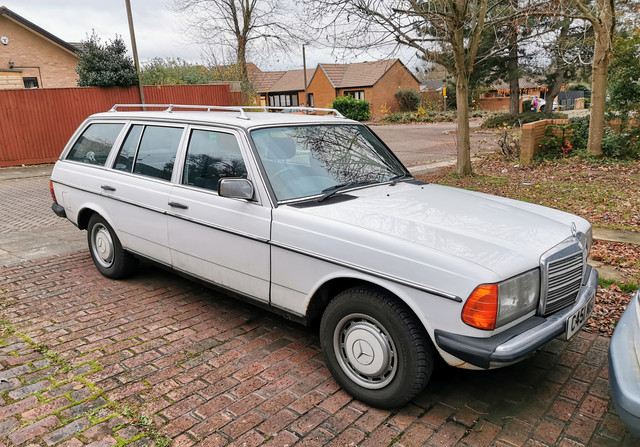 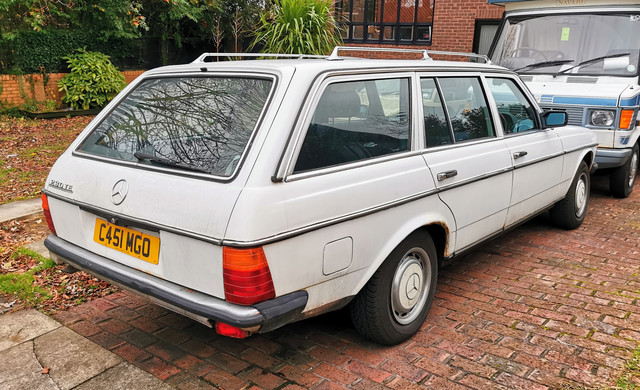 Offside rear arch is probably the most outwardly scruffy bit of bodywork. A repair panel for this is included with the car. 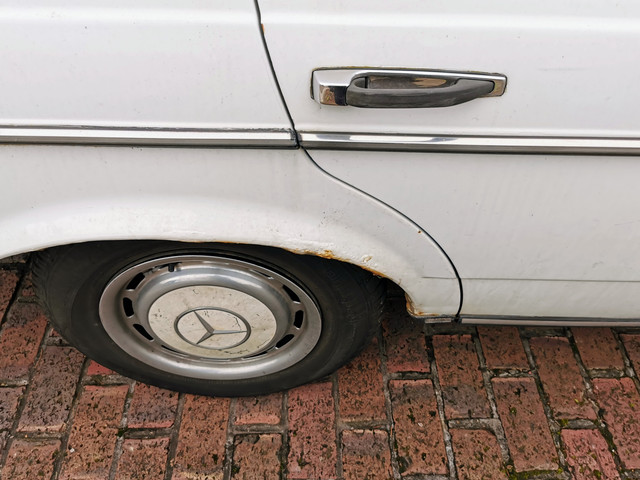 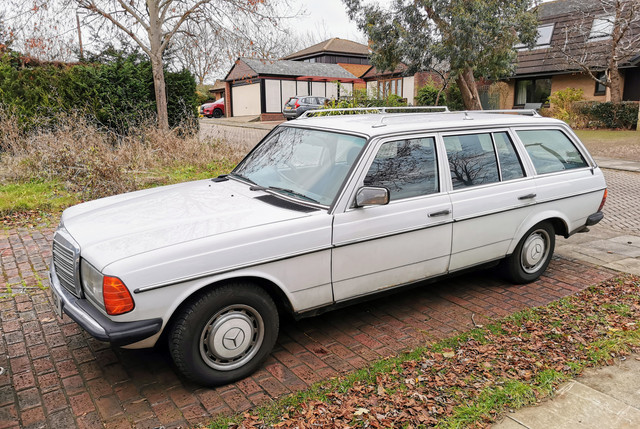 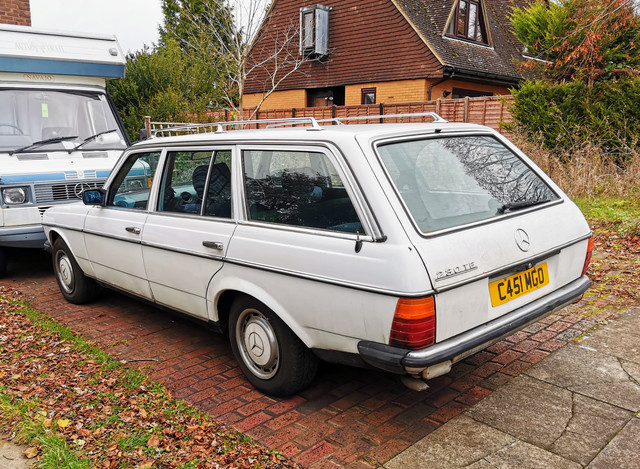 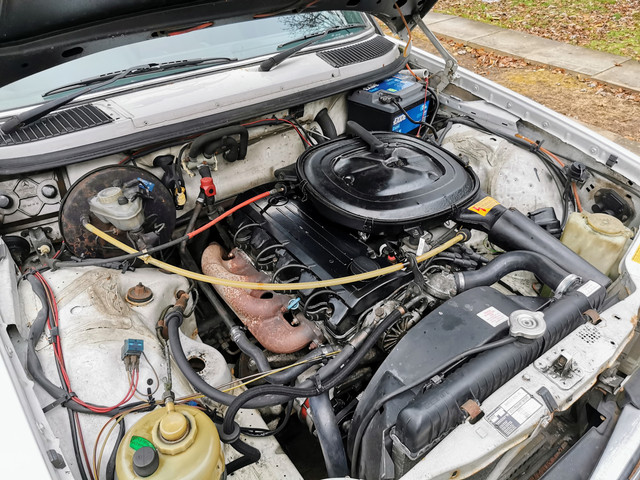 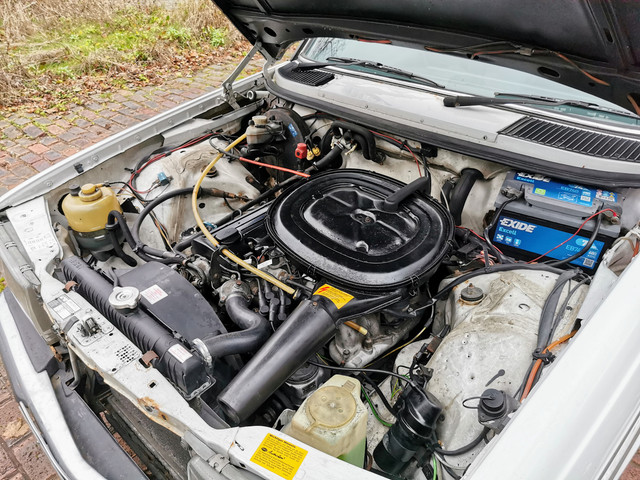 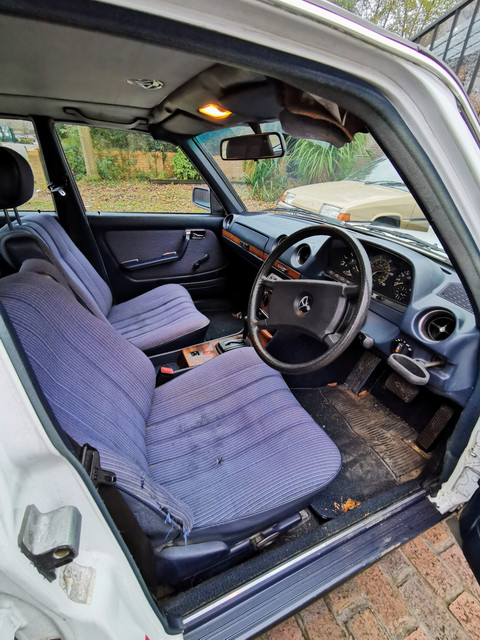 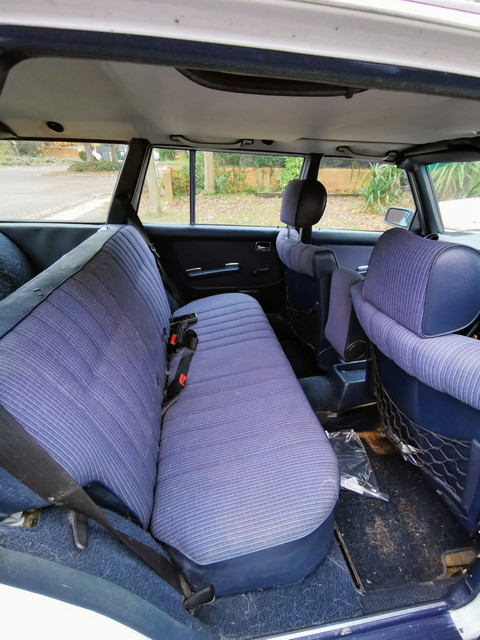 Current mileage, though this will go up a bit as the car is in regular use. 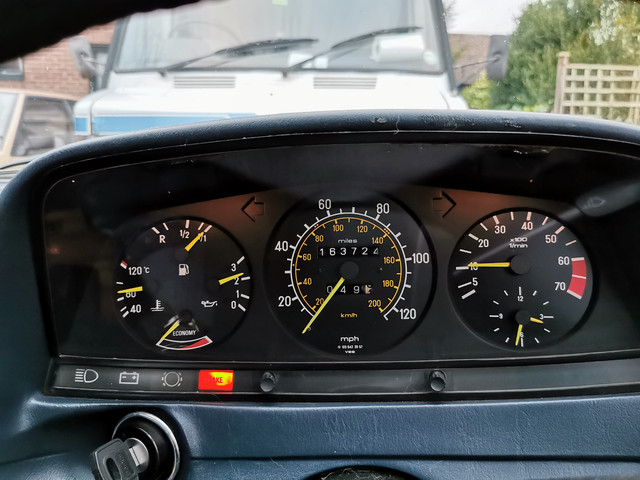 If you've followed my fleet blog thread over the last few months you'll know the car.

I bought this car back in the summer with the intention of it being a practical daily which I could carry out a gradual rolling bit of tidying up on - not going to say restoration as that was never really the goal. A tidy working car was.

Sadly it became apparent a short time later that due to historic chronic neglect the top end of the engine had sustained a lot of damage due to oil contamination and/or starvation. The damage to the camshaft is probably the worst I've ever seen on a running engine. Aside from sounding like an 80s Fiesta needing a service she still ran just fine though!

As a spare head was supplied with the car I went ahead and fitted that.

My intention had been to drop the sump so I could inspect the crankshaft and potentially drop in a new set of bearing shells - however I quickly discovered that doing that involves you going about 80% of the way through pulling the engine as there's a huge chassis cross member in the way. So we were taking a gamble.

While the engine is a lot happier now (it's been a little over a thousand miles since the head swap), it's still a bit rattly at high revs and the oil pressure at hot idle is mediocre - though not in itself low enough to be a danger sign apparently.

I'm not convinced that this engine is going to be reliable long term without a bottom end rebuild...and that's something I just am not interested in getting involved in. Nor am I messing about swapping engines. If I could find one for a couple of hundred quid, maybe. Sadly the days of them being cheaply available appear to be in the past, and I'd need to do the work in the middle of my front lawn. My poor neighbors put up with enough as it is without that nonsense! I could be totally wrong and it will still be going strong, rattling away in another 50K miles...but I just don't trust it to not eject the number three con rod through the side of the block without warning halfway down the A5 in rush hour. Milton Keynes being such an aggressively unfriendly place to break down in does fuel that paranoia somewhat.

The bodywork is best described as scruffy but generally solid. Pretty much every panel has some form of dent, rust and or evidence of a prior respray done quickly. However it's not a total rot box and is perfectly respectable from ten paces. At least none of the trim is actually missing as that stuff is expensive to replace these days.

Interior is similarly a bit shabby. Worst parts are the driver's seat where the base has partly collapsed and the bit of trim above the sun visors which has peeled away from the backing at the edges. Aside from oddly the carpet from the offside rear footwell everything is there though.

[] Gearbox goes from second to third with quite a jolt, especially when cold but otherwise seems to behave.

[] Exhaust has a couple of leaks in the front section. Pattern section is about £70 on eBay, or I was quoted £700 for a full stainless system by a local specialist. Whole system is £350 direct from Mercedes as a third option.

[] Central locking only works for a few minutes after shutting the engine off due to a vacuum leak somewhere, just haven't got to investigating that. Most likely candidate is the fuel filler flap lock.

[] Fuel leak when the tank is brimmed from the gauge sender as the gasket has dissolved. Keep meaning to see if I can get to it without dropping the tank.

[] Could do with a set of rear springs as they creak over larger bumps.

[] Full set of UniRoyal Rainexpert tyres fitted a couple of months ago.

[] Passenger side heater temperature control is jammed - though you can still adjust it from the valve in the engine bay so nowhere near as big a deal as it could be.

[] The boot is large enough that it should need its own post code.

These were all the sorts of things I was planning on picking away at, getting deeply involved in the mechanical side just wasn't in the plan and I just don't have the kit or space to get any deeper into than I have at the moment.

£2500 and it's yours. Which if you have taken a look at the market for an S123 with a current MOT, even a slightly shabby one, is pretty cheap.

I'd just far rather move the car on now while it's a running driving concern rather than having to do this if something did go awry with the engine at a later date.

would that be the Vauxhall?
"If you're driving on the edge ... you're leaving too much room!"

would that be the Vauxhall?

It would. Just seemed a low-hassle solution given it was about to be bought anyway. Plus in the real world there's probably not a huge gulf in terms of the monetary value between them assuming that I don't uncover TOO many truly unexpected horrors once I dig into it...not that being absolutely honest I really care. Money is such an artificial concept and I reckon there's a massive amount to be said for good old fashioned barter.
My website - aka. My *other* waste of time
Current fleet: 73 AC Model 70. 83 Citroen BX 14RE. 85 Sinclair C5. 85 Jaguar XJ-S V12 HE. 86 Mercedes 230TE. 90 Mercedes 208D AutoTrail Navajo.
Top