Need to sell your classic? Post details here, and remember to include photographs or a link to a photograph, your location, asking price and contact details. Please note: Commercial links may be removed, and posts over 60 days old will be auto-pruned to keep the content fresh. Please - don't post to "bump" your (or anyone else's) thread - gratuitous bumps and unrelated posts will be deleted.
Post Reply
198 posts
Message
Author

When I looked it shows another green tractor... although im sure the disco pants would suit you...

I'm pleased to report that both of this morning's FB links are working fine.

I like the Farmall, they're eccentric and are clearly a device about which its (two - heavily inebriated?) designer(s?) failed to communicate with the production engineers prior to the tractor being launched into a market more used to tractors with more symmetry in their layout. But eccentric is good,IMHO, and I may have been guilty of owning the odd eccentric car, van and motorcycle in my time, but that Farmall is the craziest looking thing since Raleigh released the original, highly likely to be the cause of one's death, Chopper, back in the olden days. And just try pulling even a single board through very soft earth with a Raleigh Chopper, you'll never manage it.
Conclusion:

A Farmall tractor is better than a Raleigh Chopper.

Loving the item illustrated by the second link. Just looking at that cheers me up enormously. Why is the packaging so big though? Sure & a tube of Anusoil is pocket sized and just as effective?

My brother had a Raleigh chopper... he never called it that though.. in fact if i did repeat what he called it id get banned...just like from the car sos page

Hmm, yet again bookface is determined to censor something, but not an old moped as the first link worked, interesting thing it is too. The second link, however, seems to think that I'm in Berlin?.. 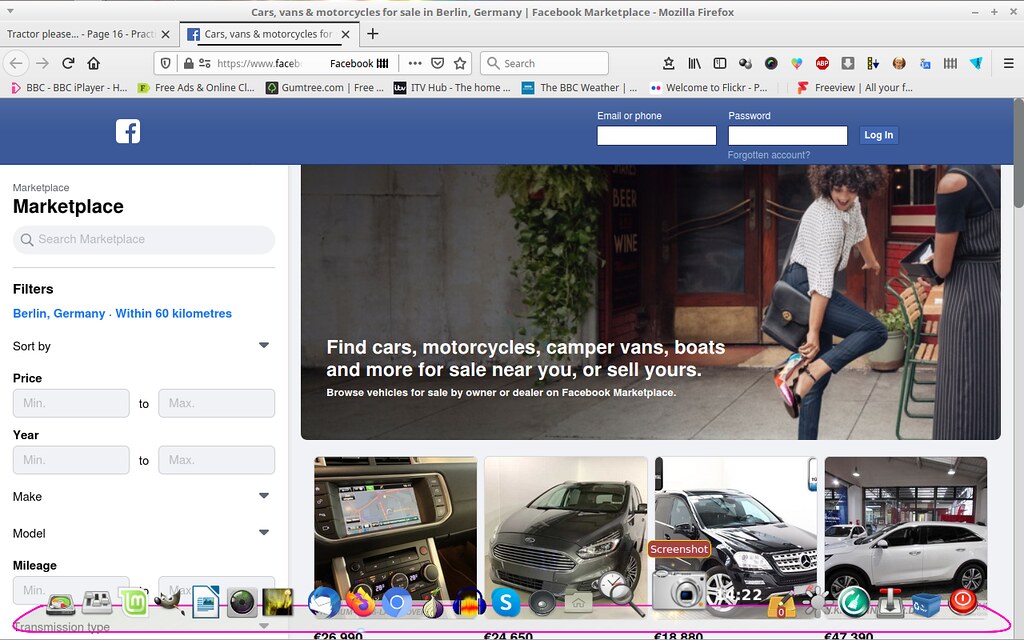 Cheer up mate heres another

Yay! No random guesses about where I am, just a potentially rather fine old moped that should, IMHO, have its chain sorted, be given a quick whizz over with Autosol and/or an oily rag, then two new tyres and she'll be good to go. Possibly.
Imagine the dilemma. Having developed an idea that I might enjoy ploughing shows, I'm back to thinking about bikes again, surely this means that I should have another CX500? Best of both worlds, a true Grey Fergie of the motorcycling world. Actually no. Tractor please!
J
"Home is where you park it", so the saying goes. That may yet come true..

Have you tried ploughing or attended a ploughing match?
https://www.facebook.com/marketplace/it ... 945633662/
Top

I have. Many of my contemporaries were from farming families so, when I came home for the school holidays, I'd go and visit mates who, in one case - hello Greg if you're reading this - had his very own tractor (a very worn Fordson E27 with spud wheels). I took to that thing like a duck to the freezer and eventually persuaded my pal to let me try pulling more than the one board. Maybe a healthy specimen of the same machine could have done two, but this old sack of pooh's engine expired in a cloud of vapour that came from whatever random liquid was keeping its engine cool. Assuming that this was simply condensation (

), matey suggested that the clouds would vanish if I continued. The rest you can guess.

It would be some years before I learned that it wasn't necessary to make such deep furrows and that I could have got away with it had I not been almost covering the entire depth of the boards with earth that was only falling straight back where I'd just taken it from. Small wonder then that I didn't take up farming, turns out that there's a certain amount of science to it!

Almost all of the classic shows locally involve some ploughing and usually, there'll be some mug kind soul who'll let visitors have a shot. I suspect that the kind soul in question would want to be someone who doesn't know me, doesn't know how utterly rubbish I was / may still be at doing ploughing and who doesn't care for their equipment that much..

Ive attended a few matches but no ones ever let me borrow a tractor! Most of the time it was raining so time well spent in the beer tent
Top
Post Reply
198 posts