Need to sell your classic? Post details here, and remember to include photographs or a link to a photograph, your location, asking price and contact details. Please note: Commercial links may be removed, and posts over 60 days old will be auto-pruned to keep the content fresh. Please - don't post to "bump" your (or anyone else's) thread - gratuitous bumps and unrelated posts will be deleted.
Post Reply
239 posts
Message
Author

That's a sign in page for farcebook, so no tractor to see.

Weird, because most of the links you've posted in recent months, since your wife paid the ransom and you returned to the forum

, work perfectly.
J
"Home is where you park it", so the saying goes. That may yet come true..

It was a link to a john deere 8850 articulated tractor bidding stats at 20k... a days wages for a chap like you.
Top

In Yen or Lira maybe..

Anyway, sounds like the tractor would be far too big to fit my requirements.

I need to move to Canada methinks.

More practical, in that I could get that right round the house instead of having to have it airlifted or brought in via some form of landing craft and up the beach to get it into the hut, but where's the rest of it? More worryingly, why is the Slender Man from the 2018 horror film casting his shadow over the machine?

Size wise, somewhere between a mahoosive bendy tractor and that would be best.

That looks like fun, but it's too new. Here comes a picture of a tractor owned by one of the neighbours and used regularly on the road for shopping, pub crawling, pulling his boat out of the sea and up his garden for application of barnacle resisting paint and of course for his weekly therapy session.
Something around that size is perfect as even though that's a bit tight, it does fit me and it's great to drive on road as well as off. 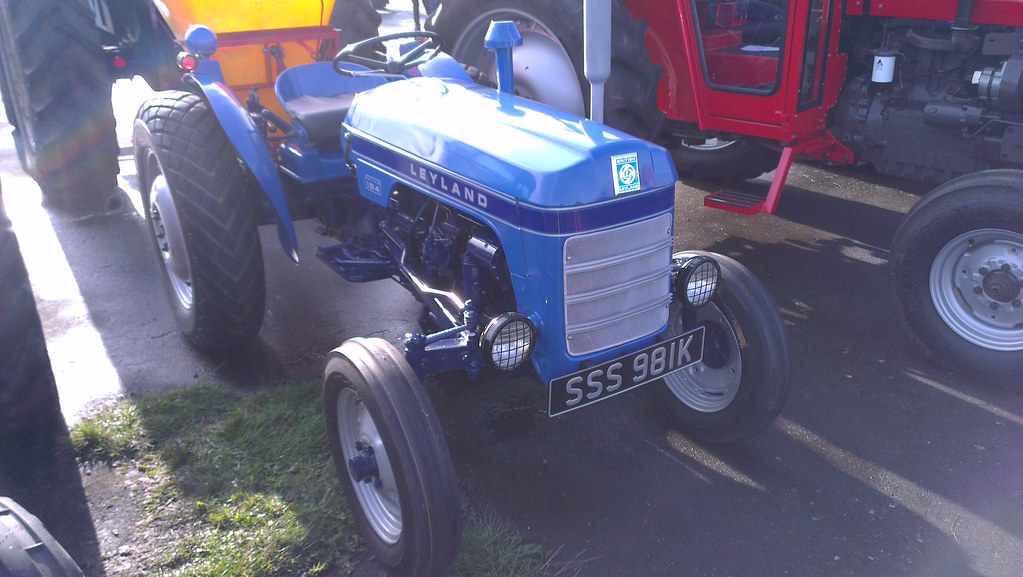 Or, and in the next size band, if such things apply to tractors, another local household owns this: 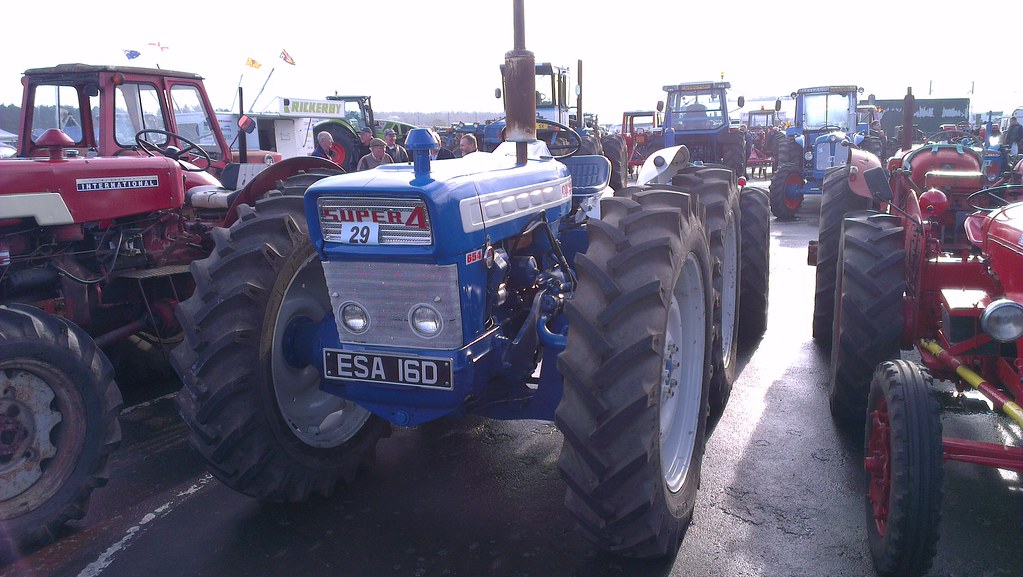 which is pretty difficult to get stuck but handles like a fridge falling down a fire escape and has an engine noise to match or maybe something like this, again a village resident's tractor, which works at least a little better than it looks, but I don't mind a minor thing like paint falling off: 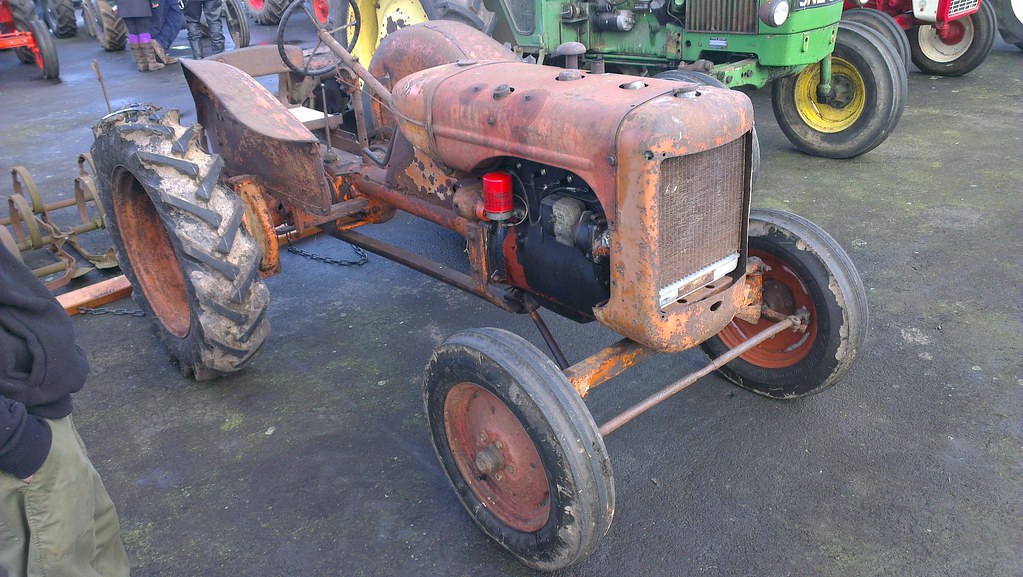 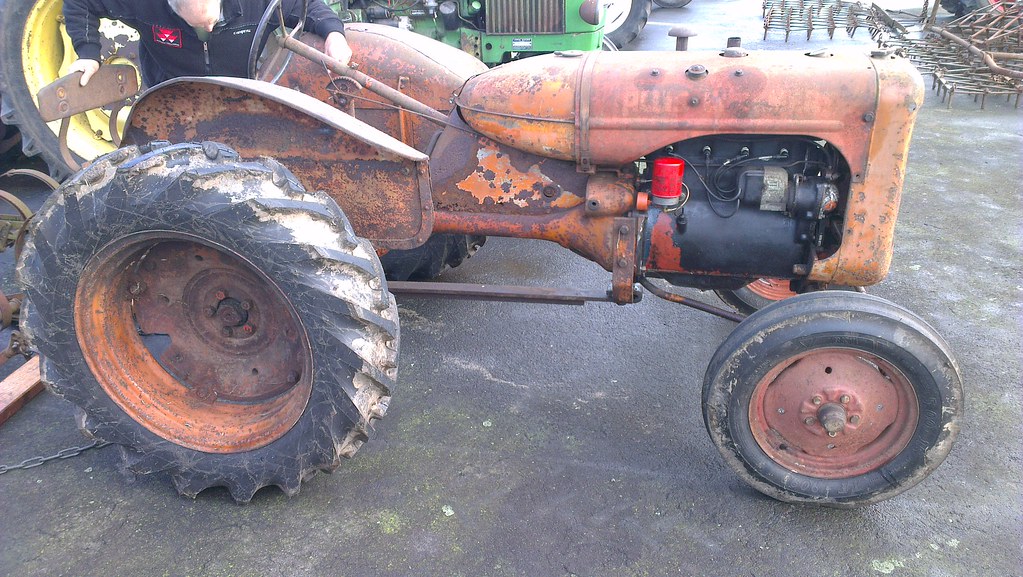 (Allis-Chalmers in case anyone was reading this and hadn't already looked it up on an image search). I was looking for a piccie to illustrate what this early fifties Allis-Chalmers would have looked like in its factory fresh coat of bright orange paint (there are plenty of images to look at), but was sidetracked by this beauty, also from Aliss-Chalmers: 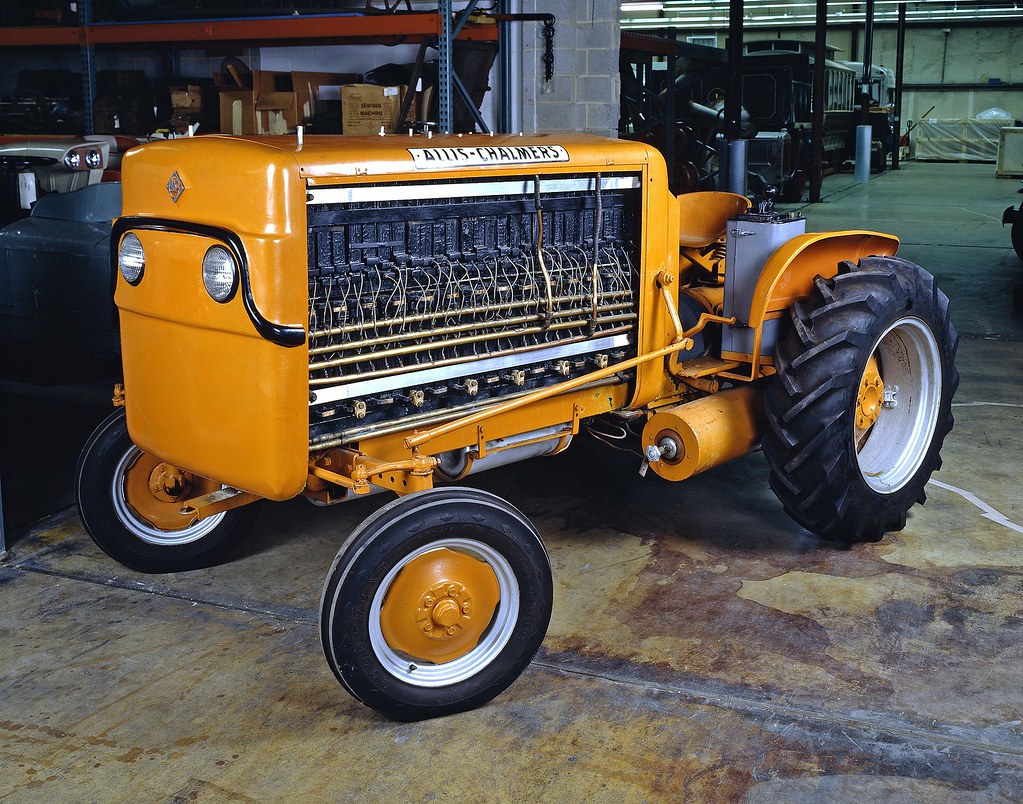 Now, if most folk were asked, they'd probably say that the hydrogen fuel cell and using it to create the electricity to fuel a motor is a 21st century idea. Most of us (myself included before I saw this) might also think that BMW's or Toyota's fuel cell equipped cars, currently served by as many as half a dozen forecourts in the entire UK, were the first successful efforts at the fuel cell, right?
Er no, wrong. That Allis-Chalmers, a fascinating device IMHO, was built in 1952! I couldn't find out how many survive, but wow, what a thing. I couldn't get that full with wet sand though, so it wouldn't be at all suited to my intended pattern of use. It's also very, very different from a weird French moped!

Buy one like this mate.. i have one and it makes me smile all the time its also useful for loading up scrap cars digging holes and will be hiding the bodies of the young lads who will be after my daughters in a few years...
https://www.facebook.com/marketplace/it ... 569424095/
Top