Got something to say, but it's not classic related? Here's the place to discuss. Also includes the once ever-so-popular word association thread... (although we've had to start from scratch with it - sorry!)
Post Reply
3263 posts
Message
Author

Do you have Specsavers in France?

My Godson is always using euphemisms in his texts. He ROLF's, LOL's & OMG's with practically every other word. He now has a new definition of OMG, a term that he is forever using. "OMG?" I replied, "does the mean: Our MG?"

We have optic 2000... and they are very very expensive...
Isnt omg, translated into English old mg?
Top

There's somebody that I know might like that trailer, even the colour is good. That someone has a haulage business and he has a Ford Transcontinental that he keeps as a classic.

The was nothing Ford about it. The cab shell was a Berliet, the engine came from Cummins and it had an Eaton transmission. But did it go!
At the time of it's announcement at whatever commercial motor show, I can't remember, some smart arse motoring journalist said to Sir Terence Beckett, the head honcho of Ford of Europe: "Sir Terence, apart from the blue oval on the grille, what exactly does Ford make on the Transcontinental?" Without drawing breath Beckett replied: "The profit."
Top

One for John, he likes those early BLMC cars.
https://www.carandclassic.co.uk/car/C1262775
Top

I didn't know that.

To be fair, a lot of commercials buy in the drivetrains from other manufacturers.


There used to be an owner driver near me that used them back in the day. He did continental work, and always ran them massively overloaded all the time. He had a yard and the foot of a really steep hill, and he would leave the yard in the early hours of the morning, and you could hear them slogging up the hill from a standing start with about 45 ton on the back.
Currently over 35 years worth of fixing 35 boxes.
Hoping to reach 65 years worth of fixing 65 boxes.
Top

I have that in my C&C favourite list! An A55 Mk2/A60/Oxford V/Oxford VI shaped thing is usually somewhere in my history and the Countryman/Traveller versions are especially attractive to me. Later, 1622cc versions like this Trafalgar Blue one on C&C are blessed with the option of a BW35 automatic option but the beauty of these old barges is that the clutch hydraulics on manuals, combined with the handy space between the grille and the radiator support panel behind that, make it a simple task to fit a clutch servo which makes them entirely suitable with their high seating position, loads of leg room and simple, pre-BL (reliable) oily bits. Good call, here's one of the others currently in my mind, a sensibly modified Oxford VI saloon in the same Almond Green/White colourway as my much missed one from the same era: https://www.carandclassic.co.uk/car/C1248522

It has a few cosmetic jobs to do, but as it's within 150 miles of my place, I could always get my backside into gear and head off to see the thing. My concerns are that a) it's possibly cheaper than most because something's broken, though the test history says it's at least structurally good and b) that shortly, the inevitable period of enforced isolation will make travelling that distance an offence.
Also, I've never bought more than one example of any car in the same colour(s) as others of the type that I've owned and this is a ridiculous, inherited superstition that almost certainly has no basis in rational thought, but..

RIP, 4388DG, the best one of these solid old lumps that I ever drove, owned and abused consistently with no trouble whatsoever, the only photo I could find is from the time when I was using the image of the car, and my canine friend "B**ch" - a name I didn't choose as she was a rescue dog and had become used to that word being called when she was required to come in from whichever neighbour's fridge she'd been burgling - as a laptop wallpaper: 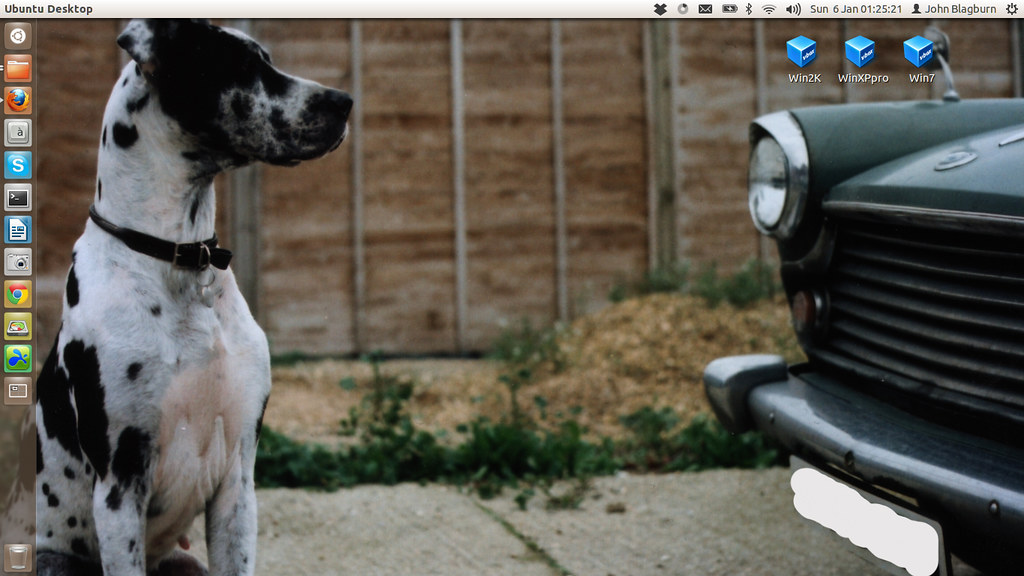 I'm not normally given to obliterating registration plates, especially not that amateurishly

, but have recently been having some legal issues surrounding XJR40 which, although on retention in my name since 1984, has recently popped up adorning a locally owned, modern German executive saloon, so I'm about the damage limitation these days..

Users browsing this forum: No registered users and 10 guests