Got something to say, but it's not classic related? Here's the place to discuss. Also includes the once ever-so-popular word association thread... (although we've had to start from scratch with it - sorry!)
Post Reply
2966 posts
Message
Author

John, re last man..ive managed to watch season 2 half of season 1 and some of season 3? When the nuclear power stations caught fire? After that im watching red dwarf... best tv ever and star trek voyager and discovery.
Otherwise if i could afford that shiny helmet with the point id wear it everywhere..

Is it wrong to like the look of that modified 2CV?

Seems cheap, but I know nothing about the value of Olympic memorabilia, though Berlin 1936 probably comes near the top of the value pile because of the history relating to the event (Adi & Rudi Dassler having their disagreement, with Rudi leaving Adidas and setting up his own (Puma) brand, as chosen by Jesse Owens, much to Adi Dassler's disappointment and financial disadvantage).
I'm guessing that these are medals left over from the games and unissued, or are they souvenir pieces? I have a case full of unopened tubes of uncirculated 1/2p pieces from the 1970s, are they worth anything other than as a source of metal for making other, more useful things? Four sleeves of the 1/2ps are pictured, the case holds a total of many times more but I can't lift it down from its hiding place full, and have removed the four that were at fingertip reach by the latch of the case.. 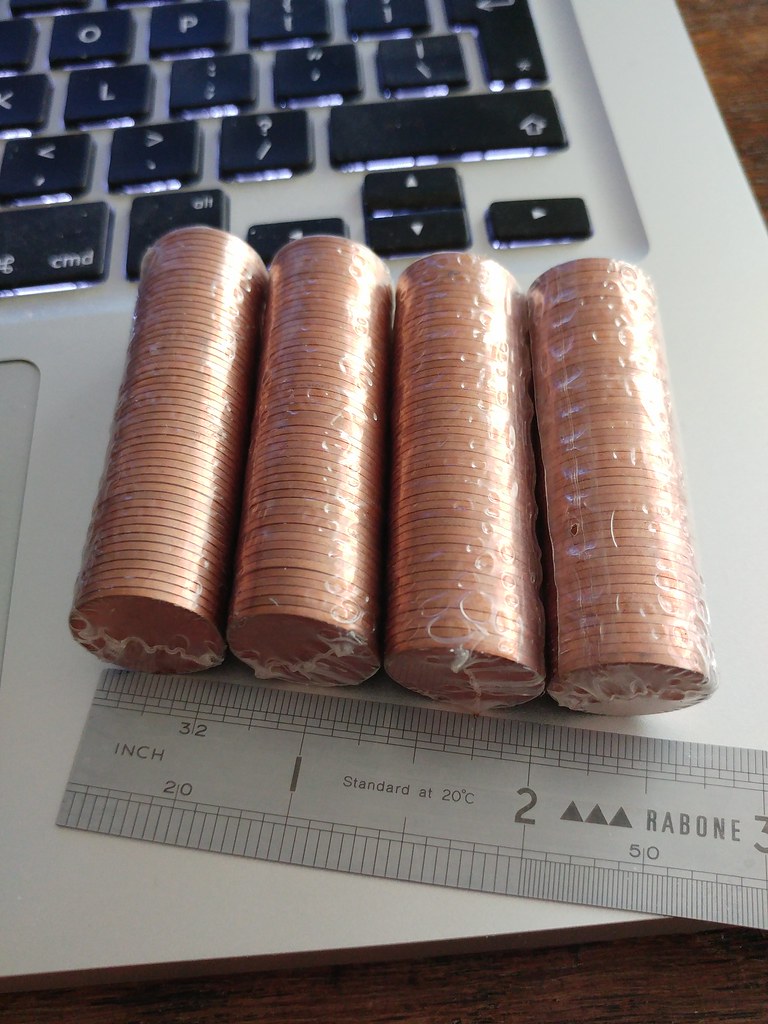 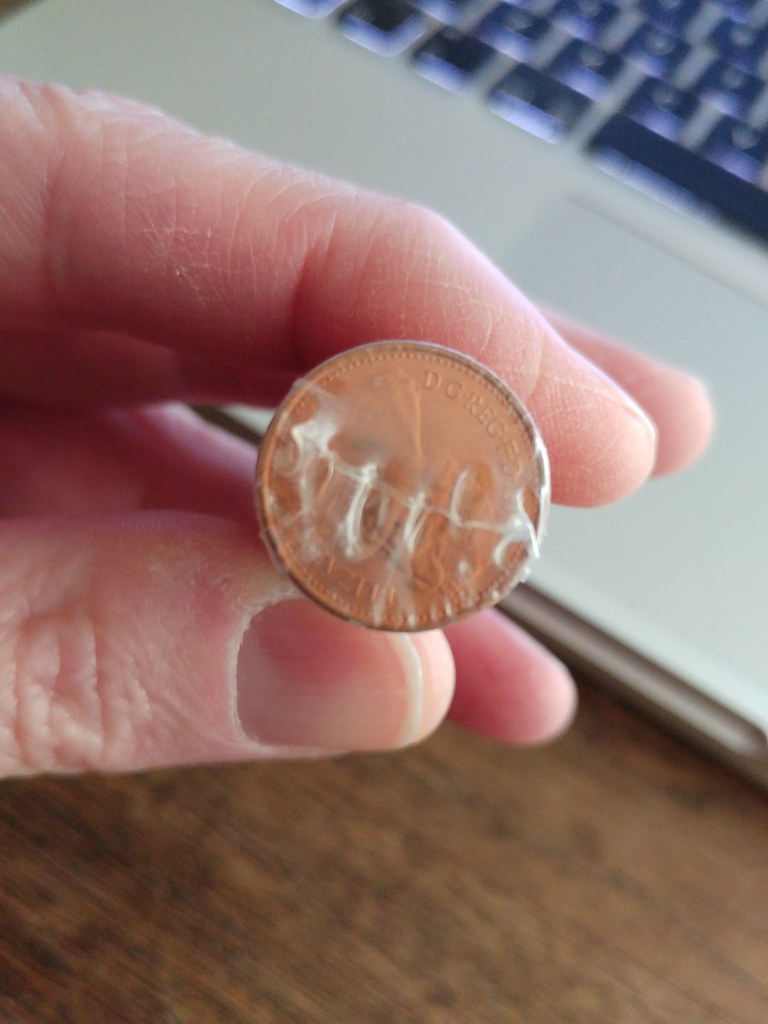 Not so significant a find as these Berlin '36 mementos, but a strange thing to find all the same.

That's interesting john! Where on earth did you find that or are you a retired bank robber? Next question what can you use them for? Assuming its all copper coins its probably worth a few quid at the local scrappy or could you get them exchanged for the equivalent value in today's plastic money ?
Top

I found these in a case that was among Dad's effects, it's over a year since he carked it passed away but I'm still sorting through the random tat that he left for me to sort out.
The coins are in unopened sleeves and all are dated 1971, the year when money went metric. I've looked at similar things on eBay and have found that a) nobody wants these things and b) their value is limited.

These early releases of small denomination coins are formed from an alloy that has, so I'm told, more copper in it than later, similar coins had, but still not so much that they'd be worth taking all the way to the scrapyard which buys random metals, some forty miles away. I did think briefly of the mini (was it one of those once owned by a Beatle?) whose entire body had been covered in coins which were glued on. Sadly, it would require a further 784 sleeves (rough mental calculation) to cover my van in 1/2p coins, but then at over three tons it's not lacking in weight so really doesn't need more.

Let me ask one question: Suppose that you'd been a bank robber and had stashed away some of your ill-gotten gains to secure your comfort in your senior years.. Would you save diamonds, gold bars or thousands of bloody half penny pieces?

JPB wrote: ↑
Fri Mar 13, 2020 2:02 am
Let me ask one question: Suppose that you'd been a bank robber and had stashed away some of your ill-gotten gains to secure your comfort in your senior years.. Would you save diamonds, gold bars or thousands of bloody half penny pieces?

I would have bought a row of shabby old houses in London's districts of Hackney and Millwall. You could buy them for peanuts, my house in Forest Gate in London's East End, cost me three grand in 1968, today that house is probably worth about half a million, whereas the semi derelict homes of Hackney and the run down homes of Millwall have been gentrified, and are in close proximity to the banking sector at Canary Wharf, they now command prices of one to one and half million. I'm talking about former Victorian terraces here, not mansions. I didn't do so bad myself when I sold up in London. That sale financed a rather nice five bedroomed pile in Dorset, not exactly Harry Rednap territory, but very desirable all the same.
Top

Users browsing this forum: No registered users and 2 guests