What classic vehicles have you seen?

Here's the place to chat about all things classic. Also includes a feedback forum where you can communicate directly with the editorial team - don't hold back, they'd love to know what they're doing right (or wrong of course!)
Post Reply
2247 posts
Message
Author

That paint colour is called Le Mans Blue from the 'Repaint' range of the 70s. You could spray it or brush it .. we used foam rollers! But lack of proper prep means it is flaking off. I would keep it but my BRZ and 206 work-horse are both blue so I really need change. It was Cream originally (known as Court Grey!) then White. I'll have think about the colour over Christmas but applying new paint is a long way off .. there is a lot of metal work to do first.
"If you're driving on the edge ... you're leaving too much room!"

Intact 1927 Chevrolet Found in 90-Year-Old Sunken Ship in Lake Huron
https://www.msn.com/en-ca/autos/news/in ... li=AAggNb9
Be thoughtful before joking, 16 of the 21 crew lost their lives.

What would be the procedure to observe in cases such as this? Would the lost souls have been treated as having been "buried at sea" without an exact location having been known at the time or, now that the vessel has been found, would any remains be removed to graves on dry land?

Historically, there have been vehicles that had been rescued from water, from within the foundations of buildings and from the moon, if the tabloid story involving a double decker bus were true. In this case though, perhaps the car ought to stay where it is, its radiator providing a headstone to mark the watery grave.

JPB wrote: ↑
Thu Dec 19, 2019 1:36 am
Historically, there have been vehicles that had been rescued from water, from within the foundations of buildings and from the moon, if the tabloid story involving a double decker bus were true. In this case though, perhaps the car ought to stay where it is, its radiator providing a headstone to mark the watery grave.

What a sensible but sensitive idea. Well said John.
Top

This yesterday in a supermarket car park in Redon: 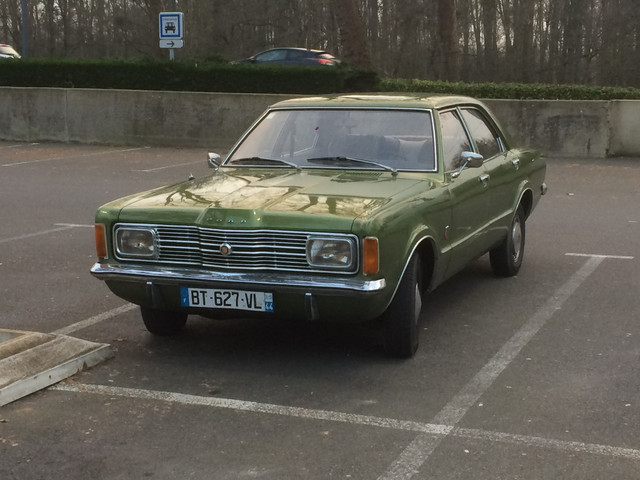 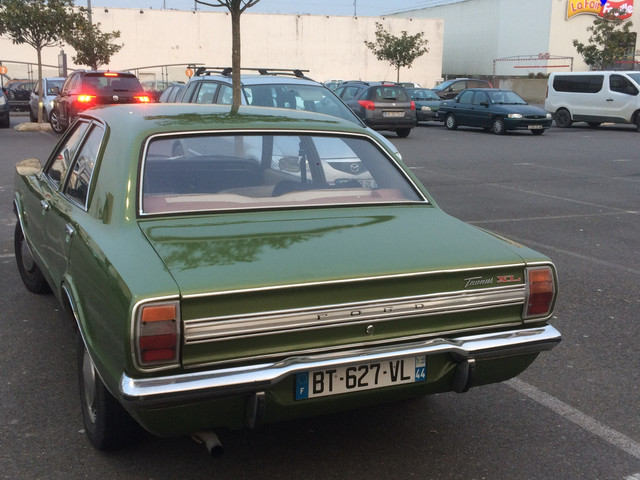 Did you ever wonder how The Moskvich managed to get sold?

This was parked, or abandoned, next to the trolley park in Sainsbury's car park, which is why I couldn't get a decent angled shot of it. Looks like a daily drive. Where I worked almost thirty years ago, five ladies in the customer services department each had one, they were all similar to this. I think it's an upgrade of the Mini Metro, renamed Rover 100. Call it what you like it's still out of B/L's stable.
Top

Well bless my soul! Yes, same basic shape as the original miniMETRO (BL's shift key made that name the way it was. I'm just writing it like that for accuracy), but the "new" Rover Metro, later to become the Rover 100 - shame it didn't have the same style and quality of the previous car to have used that name - was a curate's egg of a thing, IMHO. On the plus side, the newer car had front to rear interconnection on its Hydrosag (sic) displacers which made more sense of Moulton's original principle than the independent front bottles with the rears linked side to side across the rusty remains of the

rear subframe, as found on all of the A-series cars. And that engine, although ancient by then, was a sweet enough wee thing in A+ form and although not perfect, at least wasn't a K-series although the one Rover Metro that I drove for more than a few seconds had a K and that single camshaft, 1100cc one seemed much more durable than the the legendarily incontinent - but brilliant on paper - twin cam Ks in the larger capacities. So swings and roundabouts really, but earlier, Austin badged A series cars are on my secret list of cars that I like.. a lot.

That sad looking Rover badged Rover Metro or 111, can't tell which on this tiny screen, just doesn't give me the same feelings of affection tinged with pity as a miniMETRO, unless the 100 series is the ultra rare and desirable Rover 115, which had a Peugeot/Citroen Diesel engine as found in the Saxo and the 106 and was a brilliant car to run, especially for anyone who was paid their fuel expenses on the basis of the car's engine capacity which at over 1500cc, but under 1549cc, meant cheaper rate of VED with maximum expenses income, and all in a car that would regularly see the high fifties in mpg, even when thrashed half to death. On that basis alone, if you spot one of the now very rarely seen Diesel Metros, chances are it belonged to a junior member of local authority staff who hated their job and saw the car as a way to claw back some dignity by being paid far more for fuel than their car could burn in a month of sundays.

Ght are you ok?

i once owned a metro... to put it politely id rather have a Renault ...

Meanwhile i spotted a rather nice cortina mk 3/ taunus yesterday, made my day

Users browsing this forum: No registered users and 15 guests