Here's the place to chat about all things classic. Also includes a feedback forum where you can communicate directly with the editorial team - don't hold back, they'd love to know what they're doing right (or wrong of course!)
Post Reply
3 posts • Page 1 of 1
Message
Author

For the daily modern which, at a mere fourteen years of age, is essentially the same as an actual new car but without the depreciation levels or the massive Android tablet growing from the dashboard, I need some of that bristly stuff that is also found behind the outer flap on some letter box openings but in a longer variety, longer in terms of each bristle's length, not the length of the slot in which it's found.

This stuff is in the gearchange gate on the car's column shroud and the attached image shows why I want some fresh stuff, it's worn away! The one fixture on the entire car that's showing signs of that fourteen year, 172000KM life so far. OK, so it could be worse, the seat covers could have worn through, but then this isn't a German car or a Transit van so they're all perfect, just this darned thing to see to, then I'll be set for the next fourteen years.. 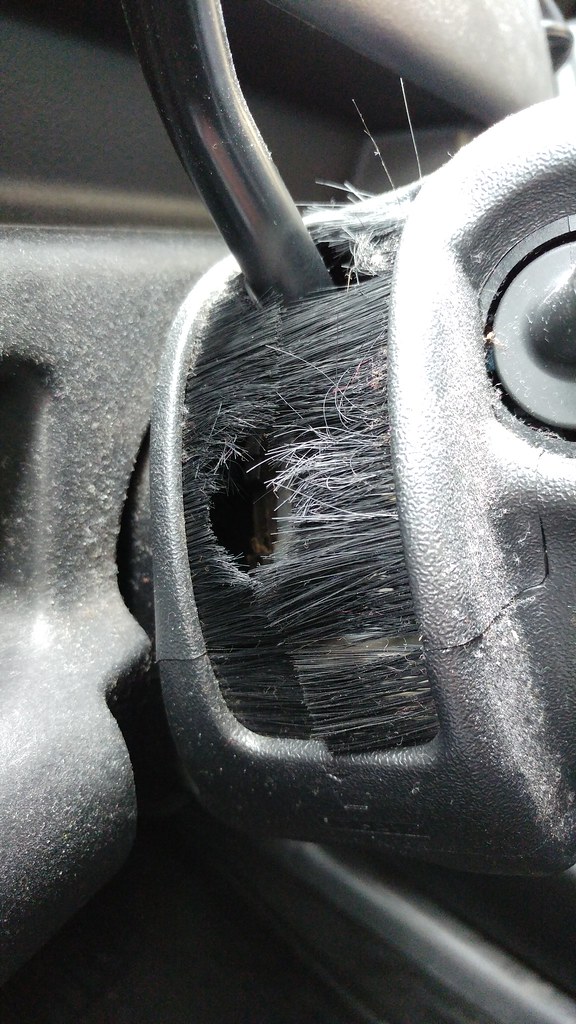 So imagine thin layers of the bristles, longer (by about 3/8") than those found inside the letterbox at home and yes, I've tried asking at B&Q but they only sell these things in the shorter size used in postal orifices so help please, someone must have needed to do this sort of thing before now. Must they not?

Hello John
I find it astonishing that I might potentially be answering a question from you - as it has always worked the other way around in the past!
Have you explored garage door seals eg on lines of:
https://www.screwfix.com/p/diall-brushe ... pack/103fr ?

Ed, you absolute star! I have a Screwfix account and shall add a visit to their local branch to today's to do list. Perfect solution, thanks for that, I was looking in all of the wrong places.