Post pictures and stories about your cars both present and past. Also post up "blogs" on your restoration projects - the more pictures the better! Note: blog-type threads often get few replies, but are often read by many members, and provide interest and motivation to other enthusiasts so don't be disappointed if you don't get many replies.
Post Reply
119 posts
Message
Author

Arceyes been looking for a little classic for a while, since the Riley I flirted with an eighties mini and an eighties Porsche, both ended up going to get a reasonable modern that can munch miles and fill the needs of the missus such as being able to fit a mobility scooter in the boot

Well, actually I ended up with very scruffy Citroen and a Mondeo, so she'd better not say she isn't catered for.

Anyway, she who must be obeyed now content with our main transport I was on the lookout for something to fill my needs, hopefully I may be able to actually keep this one...

Not imaginatively named admittedly, but suitable due to the last 59 years resulting in quite a bit of her structure being remade from tacked on tin, underseal and filler

So off into the garage for a little surgery as and when I get the chance, hopefully she will be on the road again for spring next year, we shall see. I've started on the drivers side, and though I don't intend to unpick every repair she has ever had I'm aiming for a structurally sound and hopefully reasonably tidy little runaround.

I thought this little sill end repair was particularly nice

Anyway, I have been setting to with the grinder and starting to replace some steel, I'll update soon.
Top

Lovely project, I'd love an a35 myself esp if it was a van!

I've always had a soft spot for these, growing up an old bloke up our road (Mr Metcalf) had a black one

Cheers, the little Austin has always been on my "to own one day" list, it is now about time I stopped writing the list and bloody kept something when I finish it

I braced across the doors and cut away all the inner sill and outer sill leaving just the rear door step. Then started adding a bit of steel, all the lower edges of the vertical pieces are longer than needed because I'm not yet sure where they need to be cut as what was present was not correct.

Tonight I replaced the step section of the rear door opening and then decided it was strong enough to remove the bracing, I'll add photos of that when I next update.

I'm now waiting on a cover sill arriving that I hope to chop about and add metal to in order to make up the sill proper, plenty to peck at while I wait for its arrival but I'd like to get the sill area finished.
Top

What a great wee car. Mr Eye, the four door inner sill is braced with an additional box section that ties in the bottom of the centre pillar to that inner sill and also to the soffit section of the outer sill, so creating a hidden box beneath the pillar. The exact shape of this isn't critical but that it's braced in that way is probably a large part of the A30/A35 shell's legendary torsional rigidity.
I was looking at an old methods slide that shows two fillets that join the inner sill and then traverse the tapered box that goes from the centre pillar lengthways to each sill end, before finally being spot (plug would be perfect) welded to the flat bottom (soffit section) of the outer panel.
I couldn't find the numbers just now, but I'm 99% sure that a good A30/35 saloon shell has an impressive 90% of the rigidity for which its big nephew, the ADO17 ("Landcrab") is still the car to beat.
The stiffer the better!
Are you sticking with the 803 or going for a mild upgrade? I'm thinking it needs one of these: 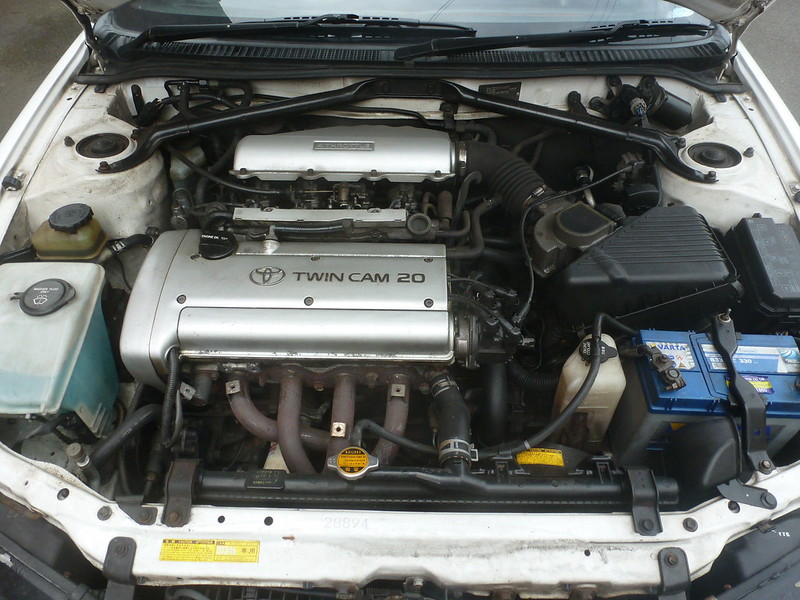 170bhp at a shade under 8000rpm from a naturally aspirated, 1587cc IL4 with five valves per chamber and they last well too. Go on, you know you want to..

Cheers John, I'll research that bracing a little and see what I can put in, there isn't much left of anything original to give me a clue so all hints and tips welcome

I think she is sporting a 948 from a Morris but aint exactly certain just yet, log book has correct engine number for the unit fitted which begins 9 UL, but states 800cc, I will have to investigate further, other than that she is reasonably standard, the 948 is probably a sensible upgrade, anything other than that may be too much for those retarders that pass for brakes on these
Top

I think I have a vague grasp of what your slides showed John, but, in case I have the wrong end of the stick would it be possible to throw up a sketch of the set up onto here?

I can't find any images on the interweb and would like to get it right, I suspect those areas you mention often go neglected during repair.

I did notice someone had tacked a piece of angle vertically to the inner sill at the point below the door post and then ran a piece of dexian type angle down the length of the sill bottom that was tacked to the bottom of the vertical angle iron below the central door post and pop riveted to the sill bottom at either end. While rough I wonder if this was an attempt to replicate the strength of the extra metal you are describing.

Much appreciated if you can clarify it in an image mate

I'll do my best. Even the excellent A30/A35 club site lacks the information that the ancient slides show. I asked the guy whether he'd consider trying to scan and reproduce the images but he (understandably) wasn't willing to handle the microfilm any more than is necessary. However, the actual layout of the bracing measures is a lot simpler than I managed to make it sound.

I'll come back and post here later with some crude but (I hope) effective sketches.

Edited at half past wine, apologies for the crude freehand, could I load the drawing into Blender without the software wanting to shrink it further than its effective postage stamp-like resolution? Could I toffee! So I used aviary and let my somewhat shaky paw guide the stylus. I hate touchscreens, me.

Make the red sections to the profile of the outer sill, not to the shape

they came out in this sketch:

The grey areas are inboard of and not in contact with the outer sill.
J
"Home is where you park it", so the saying goes. That may yet come true..

Cheers John, I think I should be able to something with that

Is that grey section that runs the length of the sill attached to the inner sill along its length or simply "floating" and then attached at the ends? Sorry for being dumb

It's welded along the underside of the sill step at its upper edge and then along to meet the sill nose section that pokes out under the trailing adge of the front wing. I have two accounts of where the grey section should go from the (red) gusset to the rear of the sill; one fella - who has rebuilt several A30/A35s including a couple of four door ones - says that the part should taper toward the inner sill and form a triangle - its point at the rear edge of the inner sill - if viewed from above the car.
The other local owner - someone much younger who started with nothing below the sill step and worked it out from the old microfiche images that he wasn't about to let me scan into the editing software, hence the lash up - says that in fact, the grey areas should run parallel from the gussets, level with the sill step above and effectively forming a rectangular tube to the nose section again, then to the rear of the sill interior, where the tube will terminate at the inner arch with both horizontal parts of the box as well as its vertical rear edge being attached to the closing panel/inner arch area.
Either approach would certainly explain the shell's legendary rigidity and, before I started interrogating these folk who have lots of experience on the cars, I would have assumed that the inner and outer sill alone would make the shell stiff enough, which it probably does right up to that day when you find that a bridge is missing and decide to make a General Lee-style attempt to jump the gap!

You're absolutely not that! I'm the one who - somewhen back in the early 2000s I think - lost the ability to draw without the assistance of gadgets, in spite of the fact that my original drawings for some of the bits responsible for making stuff work were done properly with a large piece of paper, pencils and a couple of instruments.

Users browsing this forum: No registered users and 10 guests